Craigs final Gold DofE of the year got cancelled last minute so he joined me on the uber classic Curved Ridge with Jane.

I had Jane on a short rope and Craig soloed alongside offering her support where needed. This was working well until we heard a cry for help coming from D Gully Buttress. A solo climber had got separated from his party and started climbing, but soon got crag fast. Craig and I headed down the ridge till I could drop a loop of rope to him and escort him to Curved Ridge were his group were now assembled. The whole operation took less than 25 mins - so no major drama!

The sun was out by then so we added the traverse to Crowberry ridge and up to the best picnic spot in the Glen; Crowberry Tower for Coffee and cake.

More on the Simply Epic blog... 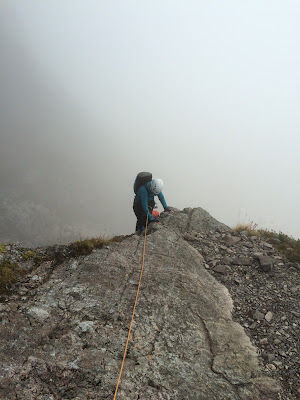 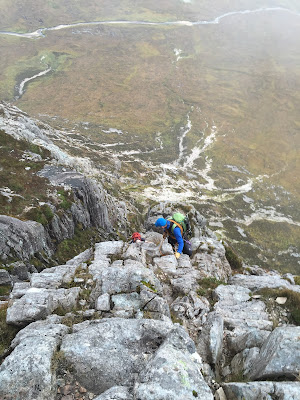 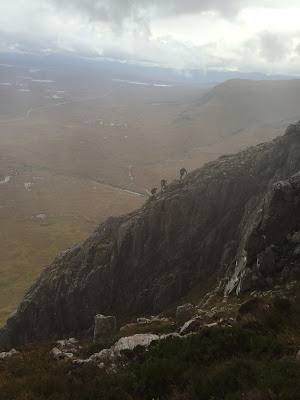 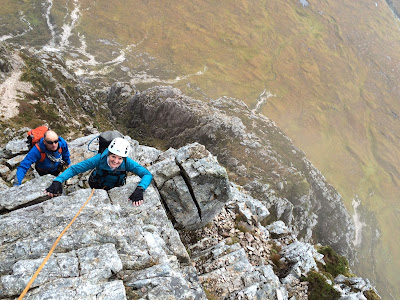 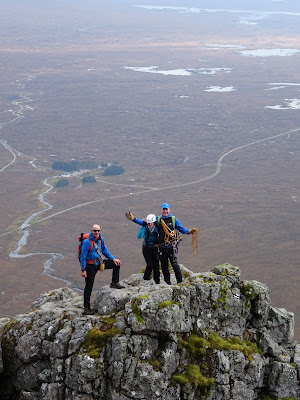 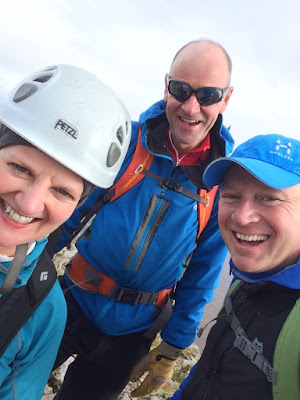 Posted by Vertical Obsession at 07:58

Gerry and I took advantage of the good forecast and headed North to Binnein Shuas. We walked up the estate track with various overnight camping teams heading out in what can only be described as July weather.

We tossed the wee blue lip balm tin to see who was first up and I win. Gerry had climbed the route many years before with George so it seemed only right. We followed Gary’s description and ran the original 12m first and second pitch together.

The climbing and situation was fantastic if not a little run out on the top section, but the holds were good and with such good weather it was easy to just keep climbing. Gerry arrived at the belay looking relaxed and eager to tackle the impressive looking flake (I was slightly jealous of this to be honest). Pitch dispatched without drama and I led through on yet another great pitch on great rock with good gear. Being ‘now’ in the groove  the final two pitches went by in a flash and left us feeling we wanted another 10 pitches !!!

The route is amazing and impressive in equal measures and well worth getting up early for. It’s been on Craig’s list for a while also so perhaps I'll get to lead the flake pitch sometime soon. 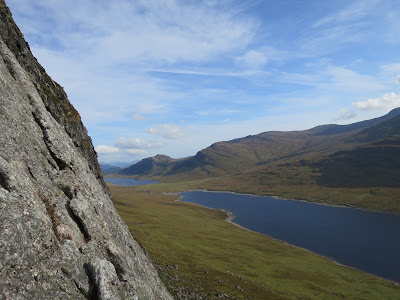 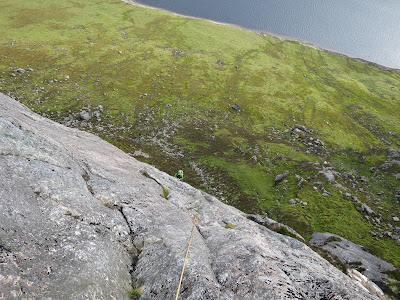 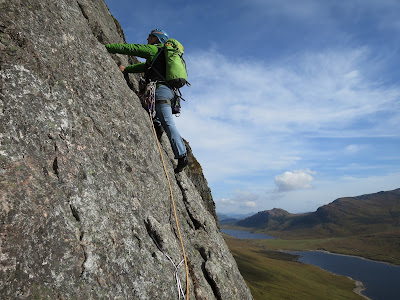 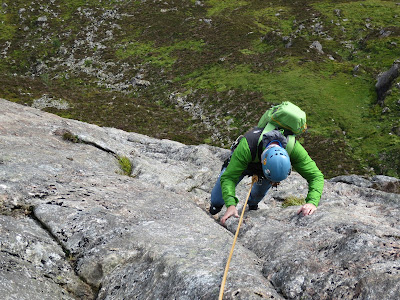 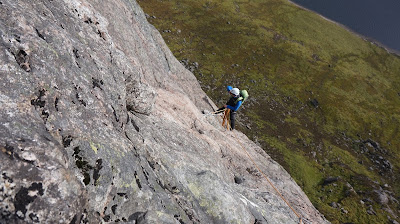 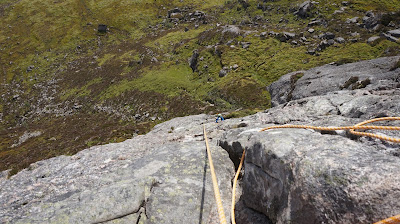 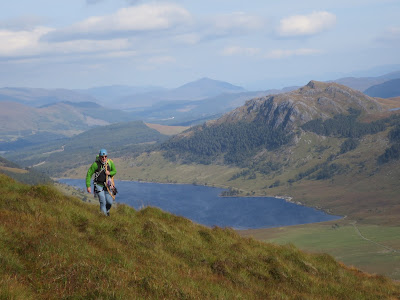 Posted by Vertical Obsession at 07:17