An early walk into Coire an-t Sneachda, Northern Cairngorms (on fresh snow) with the aim of climbing
The Seam 1V’5. We had scoped this out in our last visit and it looks a cracking line. The guidebook says it's sustained but with good gear.

Craig climbed the first pitch as for Invernookie,  but the new snow had insulated the turf, the gear placements were all buried and the neve was non existent. I arrived at the belay and the decision to bin The Seam and carry up Invernookie was taken as the sensible option.

With more snow this route had changed in character from when we last climbed it. Gear was still hard to find and the team behind us were thankful for all our digging.
We topped out into a fierce wind and made a fast and interesting descent by the notch on Fiaciall Buttress. 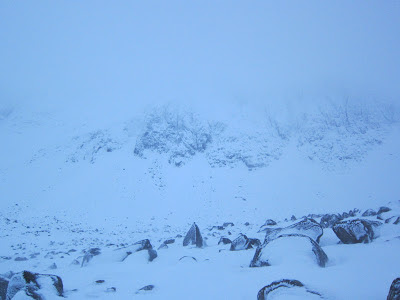 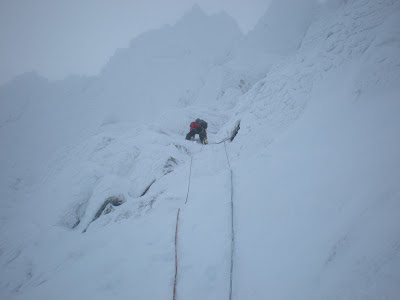 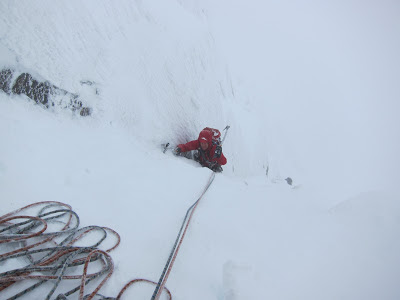 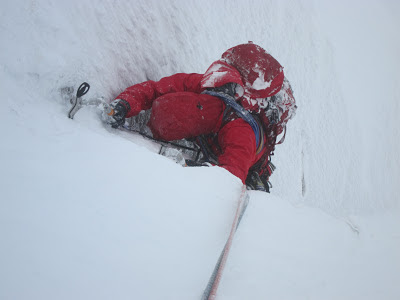 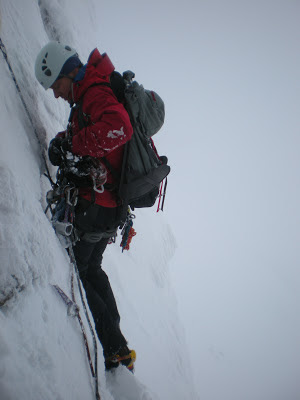 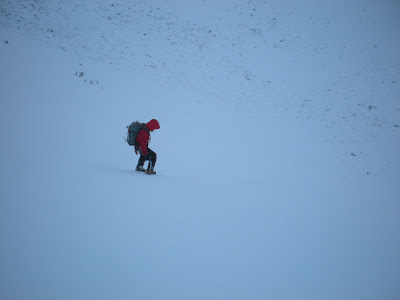 Posted by Vertical Obsession at 15:03

Craig and I continued our early winter campaign with an alpine plod to Stob Coire nan Lochan (SCNL) to have a “look see” at what was “in”.

There were teams already on Crest Route and a team heading for Twisting Groves. We headed for the uber classic and a favourite route of ours, Raeburn’s Ordinary Route on Central Buttress IV 4 ** This decision was to due to the lack of neve or frozen turf and the guide book reads, can be climbed in any condition ...

The first pitch was thin with unfrozen turf so I hooked my way up the chimney to the first belay. The rest of the route took some clearing to expose gear placements and with no neve or frozen turf felt quite tricky on all the usual crux moves.

We had a great climb regardless and the lack of bomber axe and crampon placements kept both of us on our toes... The book is right it can be climbed in any condition it just makes it harder !

The full story here on the Simply Epic website. 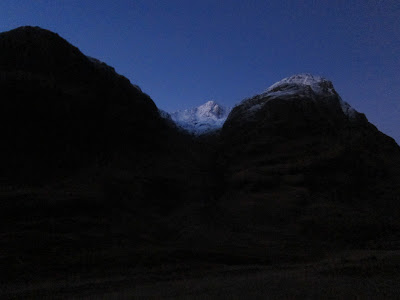 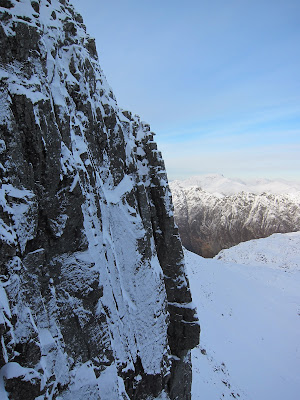 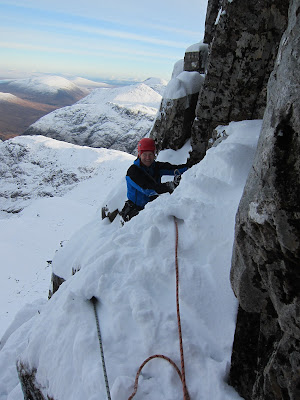 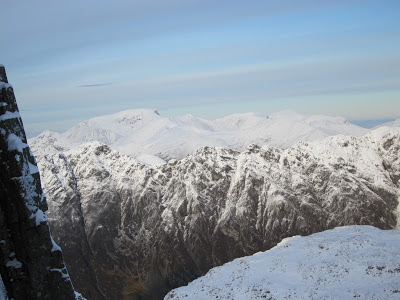 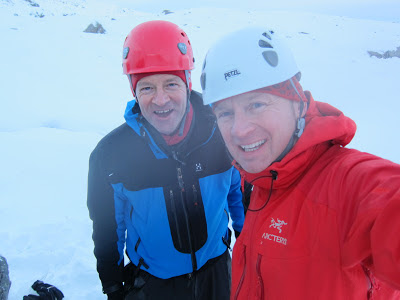 Posted by Vertical Obsession at 11:13