Crowberry Gully is one of those routes that has loads of history and epics, Harold Raeburn, Murray and MacInnes and Co using "combined tactics" on the left hand variation. Its also a route that is seldom in condition due to its aspect and the fact it avalanches frequently, but with this long period of settled cold weather Craig and I knew it would be good-to-go.

Despite a super early drive from Glasgow we arrived at the base of the climb with 3 parties ahead.
We swung leads quickly catching the teams in front, but the weather was great and the situation fantastic so were quite happy to chill and chat.

The ramps between the steep ice sections were straightforward and the steep sections had brilliant chewy ice that sucked your ice pics making the climbing very enjoyable.

A very atmospheric route worthy of its stars, IV ***

A quick bite of lunch on the summit and some cheeky chat with Donald from Abacus before we headed down Coire Na Tulaich.

More here on the Epic blog. 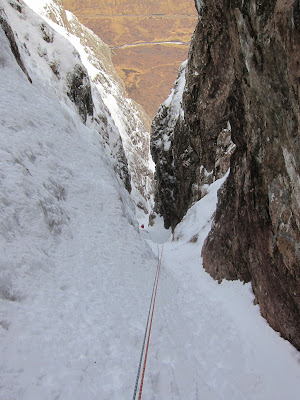 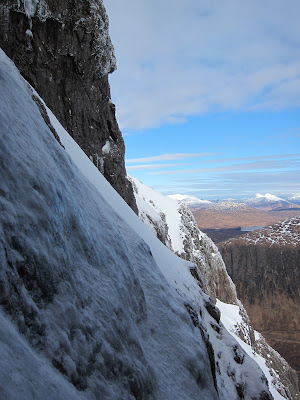 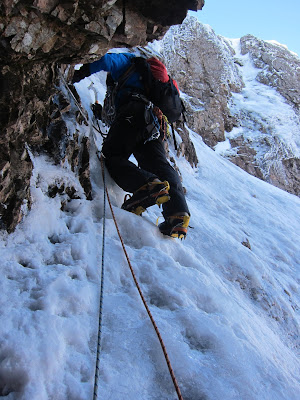 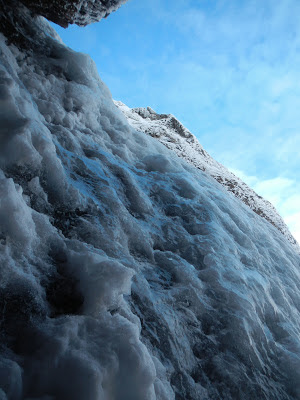 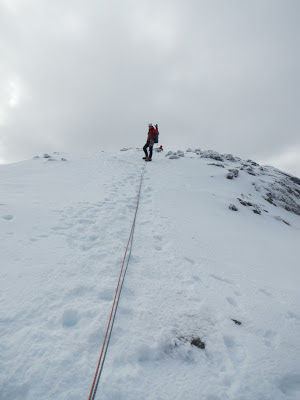 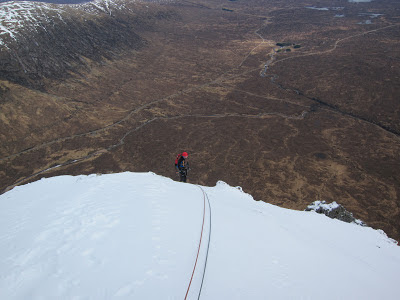 Posted by Vertical Obsession at 14:20