Craig and I Headed to Glen Coe to climb North Buttress of Stob Dearg (Buachaille Etive Mor). We know this route well and have climbed many times in summer and have had a couple of bailed attempts in winter.

We arrive ahead of another 3 teams of 2. The conditions looked good but the snow only had a crust, so was less than ideal. Still, being first on the route, we pushed on with me leading the first pitch. Craig led through to climb the second chimney and me the third. At times it was slow going to  find gear placements under the snow and finding bomber placements was just about non existent.

All of the 3 main pitches felt a grade harder today with some really insecure placements on all the crux moves.

Conditions improved with the altitude, and by the time the technical climbing was over we cruised together over super icy but still tricky "easier" ground on the ridge to the summit.

With the avalanche conditions high on East facing slopes and finding lots of slab we opted to come down "my dad's route" (the West Ridge) rather than Coire Na Tulaich, as it was loaded.

A fantastic day out with some good decision making on the descent, with energy levels low and in fading light...Epic. 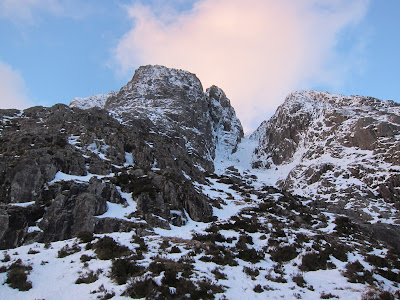 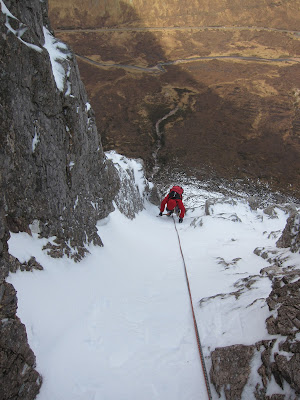 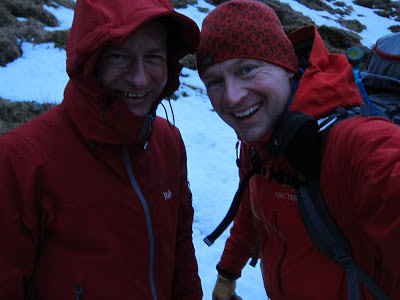 Posted by Vertical Obsession at 03:19