A long and winding road…


Meeting Craig at Stac An Eich (South Ballachulish) he was already fighting his was through the undergrowth to get to the crag. We found the rather damp and lichen covered HS 4b that is Appin Groove (its got 2 **). Coin (double headed) flipped and off I went in search of the top. Some clever gear placements settled the nerves and some nice moves had me up the layback and heading for the silver birch at the top. Nice route that would be better if not damp, was climbed more often, and was easier to get too ! 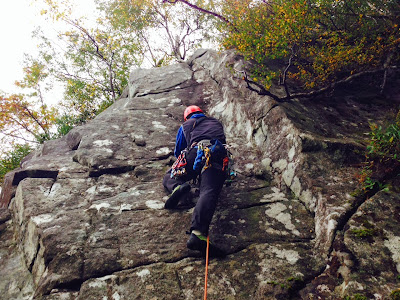 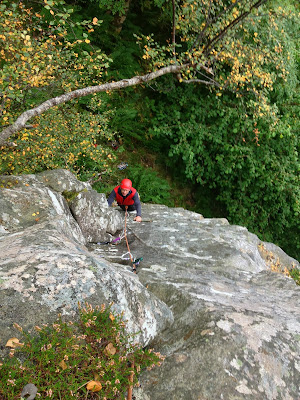 Posted by Vertical Obsession at 09:47